Today, we will talk about the Flow of Information. Perfect Memory deals with tons of data, we process information then we extract knowledge from it. To better understand the ins sand outs of Knowledge Curation, we offer you an extract from one of Danah Boyd’s public speeches. She is a social media scholar, youth researcher, and advocate working at Microsoft Research, New York University Media Culture & Communication and the Harvard Berkman Center for Internet & Society. 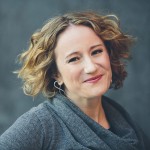 « For the last few centuries, we have been living in an era of broadcast media, but we have been switching to an era of networked media. This fundamentally alters the structure by which information flows.

Those who believe in broadcast structures recognize the efficiency of a single, centralized source. There’s some nostalgia here. The image is clear: 1950s nightly news… everyone tunes in to receive the same message at the same time. There are the newspapers, the radio stations, the magazines… all telling the same news-y story. Centralized sources of information are powerful because they control the means of distribution. There is also the town gossip, the church, and the pub. These too were centralized channels for disseminating information.

Broadcast media structures take one critical thing for granted: attention. There is an assumption that everyone will tune in and give their attention to the broadcast entity, even though that was never true in the first place. As TV channels and publishing brands proliferated, we’ve seen that attention can easily be fragmented. Over the last few decades, increasing numbers of entities have been fighting for a smaller and smaller portion of the pie. Even gossip rags started competing for attention.

The opportunities for media creation have been rising for decades, but the Internet provided new mechanisms through which people could make their own content available. From blogging to social network sites to media sharing sites to sites that provide social streams, we are seeing countless ways in which a motivated individual can make their personal content available. There were always folks willing to share their story but the Internet gave them a pulpit on which to stand.

“Internet technologies are fundamentally dismantling and reworking the structures of distribution.”

Internet technologies are fundamentally dismantling and reworking the structures of distribution. Distribution is a process by which content creators find channels through which they can disseminate their creation. In effect, they’re pushing out the content. Sure, people have to be there to receive it, but the idea is that there are limited channels for distribution and thus getting access to this limited resource is hard. That is no longer the case.

As networked technologies proliferate around the world, we can assume that there is a channel of distribution available to everyone and between everyone. In theory, anyone could get content to anyone else. With the barriers to distribution collapsing, what matters is not the act of distribution, but the act of consumption. Thus, the power is no longer in the hands of those who control the channels of distribution, but those who control the limited resource of attention. This is precisely why YOU were the Person of the Year. Your attention is precious and valuable. It’s no longer about push; it’s about pull. And the law of two feet is now culturally pervasive ».

Then she highlights four core issues about the evolution in the way Information flows : Democratization, Stimulation, Homophily and Power.

You can read the entire speech transcription on her website, entitled « Streams of Content, Limited Attention: The Flow of Information through Social Media »

During the CES, meet Perfect Memory in booth 81241